· Dr. Smith uses the Dolphin Neurostim in Albuquerque & Santa Fe  to stimulate Acupuncture points with a Microcurrent of electricity.  This elicits a physiological response similar to that of a needle being placed into the point, however without having to break the skin.  The Dolphin Neurostim unit is also very effective in healing surgical scars and break the chronic pain-inflammation feedback loop. 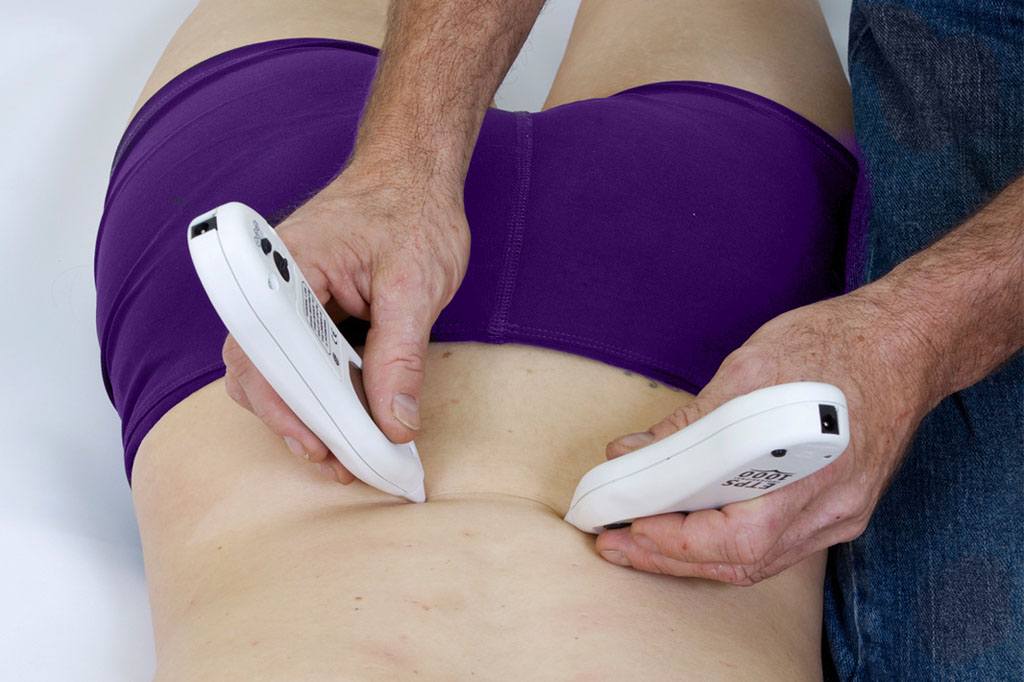 Many healing traditions describe some type of communication between the various tissues of the body.  The main difference is the language used to describe them.  As the cross-over between Eastern and Western philosophies continues to deepen, we are developing a much fuller vocabulary around this phenomenon of extra-neuronal communication.

Classic Chinese Medicine describes channels that travel through the tissues of the body carrying an animating life force or Chi.  Western Medical Doctors recently described a similar system of fascia or Interstitium connecting the various far-flung tissues of the body and carrying fluid through our inner spaces.

Dr. Shui Yin Lo, a noted Acupuncturist and Biophysicist, described in his 2004 book The Biophysics Basis for Acupuncture and Health how polarized chains of water molecules facilitate communication between tissues in the body by means of a vibrational energy.  He thereby attempts to explain the far-reaching effects of acupuncture.

Humans are creative, and many forms of therapy have been developed over the decades/centuries/millennia which address these vibrational channels of communication.  The common thread among them is a physical intervention which reaches deep enough into the body where the channels live.

Acupuncture, Acupressure,Myofascial Therapies, and many types of massage affect this flow of vibrational energy.  Various tools have been developed to detect acupuncture points by measuring differences in electrical skin resistance which is affected by the underlying energetic flow.  The Dolphin Neurostim follows that line of succession.

The insertion of a needle into a meridian causes an electrostatic phenomenon which affects the flow of energy.  The Dolphin introduces a direct microcurrent of electricity which elicits a similar physiological response.  Why Dolphin?  The built-in resistance meter which helps to identify prime treatment spots makes a high pitched sound reminiscent of a dolphin.