Adding Probiotics to your Diet

Probiotics are live microorganisms that have health benefits when consumed.  Probiotics — which are usually beneficial bacteria — provide all sorts of powerful benefits for your body and brain.  Studies suggest that they may improve digestive health, reduce depression and promote heart health.  Some evidence suggests they may even give you better-looking skin. 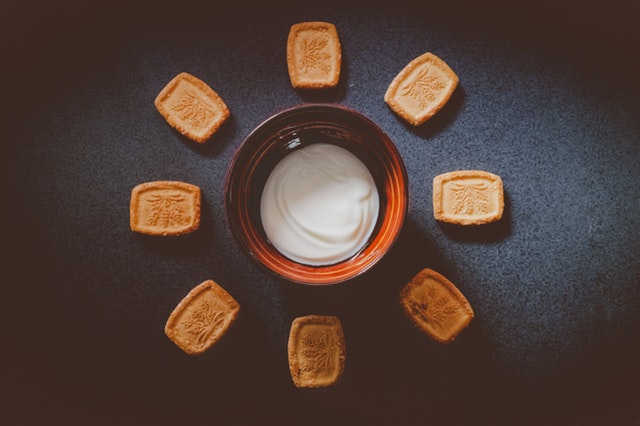 Getting probiotics from supplements is popular, but you can also get them from fermented foods.

Here is a list of 8 probiotic foods that will add these beneficial bacteria to your diet.

Yogurt is one of the best sources of probiotics, which are friendly bacteria that can improve your health.  It is made from milk that has been fermented by friendly bacteria, mainly lactic acid bacteria and bifidobacteria.

Eating yogurt is associated with many health benefits, including improved bone health. It is also beneficial for people with high blood pressure.  In children, yogurt may help reduce the diarrhea caused by antibiotics. It can even help relieve the symptoms of irritable bowel syndrome.

Additionally, yogurt may be suitable for people with lactose intolerance. This is because the bacteria turn some of the lactose into lactic acid, which is also why yogurt tastes sour.  However, keep in mind that not all yogurt contains live probiotics. In some cases, the live bacteria have been killed during processing.  For this reason, make sure to choose yogurt with active or live cultures.

Also, make sure to always read the label on yogurt before you buy it. Even if it is labeled low-fat or fat-free, it may still be loaded with high amounts of added sugar.

Kefir is a fermented probiotic milk drink. It is made by adding kefir grains to cow’s or goat’s milk.  Kefir grains are not cereal grains, but rather cultures of lactic acid bacteria and yeast that look a bit like cauliflower.

The word kefir allegedly comes from the Turkish word keyif, which means “feeling good” after eating.  Indeed, kefir has been linked to various health benefits.  It may improve bone health, help with some digestive problems and protect against infections.

While yogurt is probably the best known probiotic food in the Western diet, kefir is actually a better source. Kefir contains several major strains of friendly bacteria and yeast, making it a diverse and potent probiotic.  Like yogurt, kefir is generally well tolerated by people who are lactose intolerant.

Sauerkraut is finely shredded cabbage that has been fermented by lactic acid bacteria.  It is one of the oldest traditional foods and is popular in many countries, especially in Europe.  Sauerkraut is often used on top of sausages or as a side dish. It has a sour, salty taste and can be stored for months in an airtight container.

In addition to its probiotic qualities, sauerkraut is rich in fiber as well as vitamins C, B and K. It is also high in sodium and contains iron and manganese.  Sauerkraut also contains the antioxidants lutein and zeaxanthin, which are important for eye health.

Make sure to choose unpasteurized sauerkraut, as pasteurization kills the live and active bacteria.

Tempeh is a fermented soybean product. It forms a firm patty whose flavor is described as nutty, earthy or similar to a mushroom.  Tempeh is originally from Indonesia but has become popular worldwide as a high-protein meat substitute.  The fermentation process actually has some surprising effects on its nutritional profile.

Vitamin B12 is mainly found in animal foods, such as meat, fish, dairy and eggs.  This makes tempeh a great choice for vegetarians as well as anyone looking to add a nutritious probiotic to their diet.

Kimchi is a fermented, spicy Korean side dish.  Cabbage is usually the main ingredient, but it can also be made from other vegetables.  Kimchi is flavored with a mix of seasonings, such as red chili pepper flakes, garlic, ginger, scallion and salt.

Miso is a Japanese seasoning.  It is traditionally made by fermenting soybeans with salt and a type of fungus called koji.  Miso can also be made by mixing soybeans with other ingredients, such as barley, rice and rye.

This paste is most often used in miso soup, a popular breakfast food in Japan. Miso is typically salty. You can buy it in many varieties, such as white, yellow, red and brown. Miso is a good source of protein and fiber. It is also high in various vitamins, minerals and plant compounds, including vitamin K, manganese and copper.

Miso has been linked to some health benefits.  One study reported that frequent miso soup consumption was associated with a lower risk of breast cancer in middle-aged Japanese women.  Another study found that women who ate a lot of miso soup had a reduced risk of stroke.

Kombucha is a fermented black or green tea drink.  This popular tea is fermented by a symbiotic colony of bacteria and yeast or SCOBY. It is consumed in many parts of the world, especially Asia.  The internet abounds with claims about the potential health effects of kombucha.

However, high-quality evidence on kombucha is lacking.  The studies that exist are animal and test-tube studies, and the results may not apply to humans.

However, because kombucha is fermented with bacteria and yeast, it does probably have health benefits related to its probiotic properties.

Pickles (also known as gherkins) are cucumbers that have been pickled in a solution of salt and water.  They are left to ferment for some time, using their own naturally present lactic acid bacteria. This process makes them sour.

Pickled cucumbers are a great source of healthy probiotic bacteria which may improve digestive health.  They are low in calories and a good source of vitamin K, an essential nutrient for blood clotting.

Keep in mind that pickles also tend to be high in sodium.  It is important to note that pickles made with vinegar do not contain live probiotics.

The term buttermilk actually refers to a range of fermented dairy drinks.  However, there are two main types of buttermilk: traditional and cultured.

Traditional buttermilk is simply the leftover liquid from making butter. Only this version contains probiotics, and it is sometimes called “grandma’s probiotic.”

Traditional buttermilk is mainly consumed in India, Nepal and Pakistan.  Cultured buttermilk, commonly found in American supermarkets, generally does not have any probiotic benefits.

Buttermilk is low in fat and calories but contains several important vitamins and minerals, such as vitamin B12, riboflavin, calcium and phosphorus.