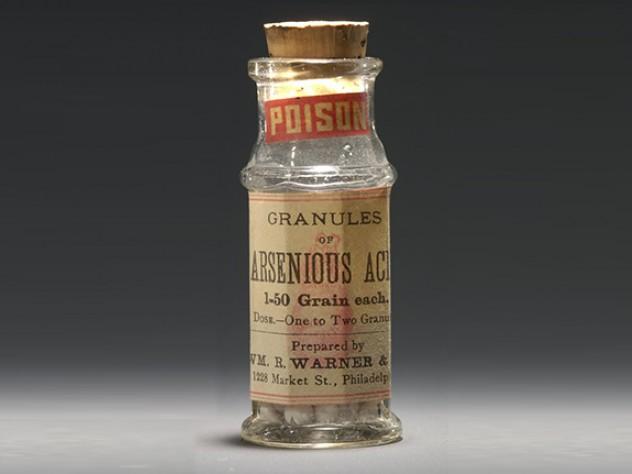 Arsenic is a natural component of the earth’s crust and is widely distributed throughout the environment in the air, water and land. It is highly toxic in its inorganic form.

Long-term exposure, mainly through drinking-water and food, can lead to chronic arsenic poisoning. Skin lesions and skin cancer are the most characteristic effects.

People are exposed to elevated levels through contaminated drinking water, by using contaminated water in food preparation and irrigation of food crops, through industrial processes, through exposure to treated woods, by eating contaminated food, and by smoking tobacco.

Water Contamination in the US:  In a national study of groundwater quality, the USGS found contamination of nearly half of the wells sampled in parts of aquifers used for drinking-water supply at a concentration of 1 µg/L or greater. Detection was more common and concentrations generally  higher in the west than in the east.

Food Contamination:  Arsenic occurs naturally in a variety of foods such as fruits, vegetables, grains and fish.  Most recently, low levels have been detected in rice and juice products.

Acute Effects:  The immediate symptoms of acute poisoning include vomiting, abdominal pain and diarrhoea. These are followed by numbness and tingling of the extremities, muscle cramping and death, in extreme cases.

Long-term Effects:  The first symptoms of long-term exposure (for example, through drinking-water and food) are usually observed in the skin, and include pigmentation changes, skin lesions and hard patches on the palms and soles of the feet (hyperkeratosis). These occur after a minimum exposure of approximately five years and may be a precursor to skin cancer.

Other adverse health effects that may be associated with long-term ingestion include developmental effects, diabetes, pulmonary disease, and cardiovascular disease. Arsenic-induced myocardial infarction, in particular, can be a significant cause of excess mortality.

The first step to treating arsenic exposure is to eliminate the source of the exposure.  Clean drinking water, uncontaminated food, and clean air are a must.

No treatment of proven benefit is currently available to treat chronic arsenic toxicity. Treatment options advocated are vitamin and mineral supplements and antioxidant therapy (especially increasing glutathione levels). The benefits of these treatment measures need to be evidence based to receive endorsement and wider application.

Read about other common environmental exposures.